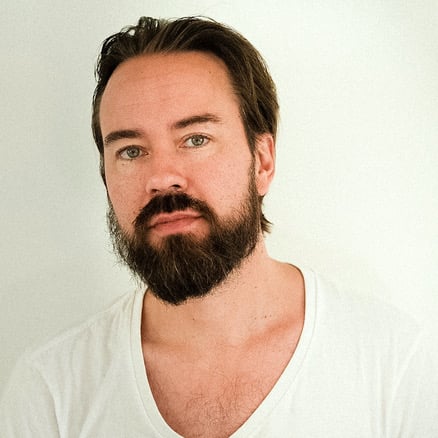 An overprotective single mom tries to guide her son safely to the haven of homosexuality.

Niukkanen’s first professionally produced short ‘Fucking Bunnies’ premiered in Sundance Film Festival 2017 and it has been awarded twelve times. Niukkanen’s second short ‘Are you hungry?’ will has its world premiere in Toronto International Film Festival 2019

â€“Â Teemu, what if youâ€™re gay, asked my mother and tried to look sympathetic.

I was 17, enjoying my evening snack and hadnâ€™t realized my mother had been pondering over my inexperience with girls.

â€“ Iâ€™m not, I replied
â€“Â Well, Juho most definitely is, she ended the conversation.

My friend Juho who I spent a lot of time with wasnâ€™t either. My mother had interpreted us through her reality which was very different to mine â€“Â or of Juho.

Mother and her adopted son, the main characters of my short film â€™Are You Hungry?â€™Â  are groping their way in their lives. After spending years and years together theyâ€™ve become strangers. Suddenly the closest person to you is a sheer mystery. How can you solve a mystery if talking directly is the hardest thing you know? â€™Are You Hungry?â€™ suggests that no one is ever really the final â€“ nor best â€“ version of themselves and there are many layers to both truth and persona. At the end of the day a parent can never really know who their child is. This is a scary thought â€“ and a perfect setting for good comedy.

Motherâ€™s love has amazing powers. Thatâ€™s why it should be used wisely.