On Tuesday, April 30th, BlueCat held its Short Film Festival at the Landmark Theatre in Los Angeles, California for the second year in a row. A total of 13 short films were selected for screening.

The shorts were screened back to back with a fifteen-minute intermission in the middle. Karla Beltrán hosted the event, bringing up the attending filmmakers for a Q&A after the screening. They spoke about the challenges they faced during production and where they found their inspiration.

She-Pack is a Norwegian film about a young girl who incites anarchy at a discotheque-themed birthday pool party. Fanny Ovesen directed this short as her graduation film for The Norwegian Film School.

Even though Fanny wasn’t able to attend the festival herself, she sent a thank-you video in which she stated,

“Dear L.A., dear BlueCat Film Festival, we won! Wonderful! Thank you so much. Thank you to the festival who invited us. I’m really glad that you wanted to have us there at all…I can’t wait to tell the she-pack behind the camera and in front of it. They’re going to go wild. Thank you so much for this.”

Light My Fire took home Best Director as a solemn drama about a father who intends to defend his daughter’s honor in small-town America. Director Bobb Barito attended Tisch School of Arts where he studied the history and craft of filmmaking with a personal focus on sound design and mixing.

Barito was unable to attend the festival in person but he sent in a video message in which he stated:

“Thank you so much to BlueCat Film Festival for this award. It really is such an honor…I just wanted to give as much credit as possible to my crew and cast…I can’t say enough how important it is to have talented people to surround yourself with. I hope I can see you guys on my next film in person but until then, thank you again. This is really, truly an honor.”

In 2018 Barito was nominated for an Emmy for sound editing on Amazon’s Click Clack Moo, Christmas at the Farm.

Maxwell Addae took home the prize for Best Screenplay for his short Outdooring. Addae conceived the idea for this short during his time attending The American Film Institute in Los Angeles, California. Outdooring is a drama about a young man who hatches a plan to steal the money from his nephew’s baby-naming ceremony so he can elope in secret.

In response to his win, Addae wrote:

“This was one of the first screenplay competitions introduced to me when I was learning about writing. The care that was conveyed through your selections and through reviews by others, made it an even more shiny dream in my head. I’ve submitted a script a couple of times in the past, but to be a part of the film festival and to win the best script is a real full-circle moment for me. My determination to grow as a writer really felt seen.”

Directed by Ernst De Geer, The Culture is a Norwegian short about a brother who is so determined to achieve recognition he eventually betrays the only person who supports him.

De Geer studied at Stockholm Film School then went on to study screenwriting at Biskops Arnö. He continued his education by pursuing a concentration in directing at The Norwegian Film School. While there, his short film Success premiered at the Gothenburg Film Festival in 2018.

BlueCat is honored to have such a diverse selection of short films in its second annual film festival. BlueCat is excited to move forward with its next short film festival which will open for submissions on July 16, 2019. 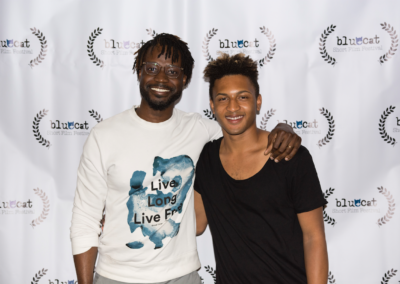 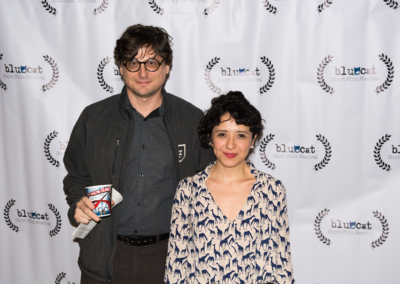 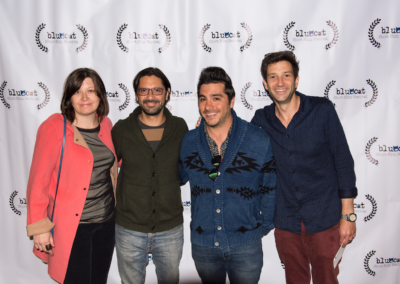 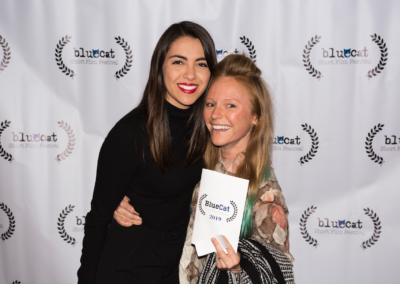