How to Write a Short Film Script 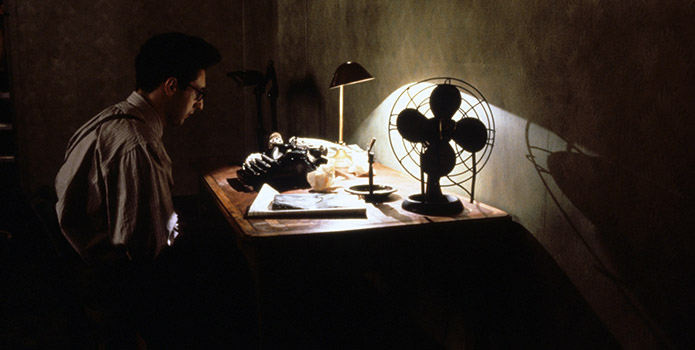 Writing a short film script changed my career. That’s how important it is. People do not see a demand for short film scripts in the marketplace, so they don’t write them. But writing a short screenplay can prove to be very helpful in showing how good of a screenwriter and storyteller you are. Audiences and industry alike can assess your credentials as a talented writer in a shorter, more convenient format.

So, how do you write a good one? Is it different than writing a feature? Why? Here are some tips to get you started on a wonderful way to tell a story and develop your skills writing for the screen.

How do you get a great idea for a short? Isn’t that difficult? Do they just pop in your head? What if you don’t have a good idea? The way to fix that is to watch shorts. Go find the shorts that were nominated for an Oscar. Go to a film festival. Google best shorts. Watch a bunch of them. This will get your mind working in that format and you’ll start to recognize the right ideas for a short.

People don’t watch shorts so they don’t have any ideas for shorts or don’t come up with good ones or any ideas at all. That’s because they don’t watch them. Watch 50 short films and you’ll walk out into the world and start recognizing strong concepts for short films. You know how you get ideas for television? Because you watched it. Movies? Same deal.

Watch shorts and start practicing coming up with ideas. You’ll soon come up with several. This will lead you to a very good one. Once you’ve got a good one, don’t tell too many people about it, because you need to treat it with reverence. You worked hard to find the idea, respect what you earned.

You might think a short will take you 10% of the time if it’s only 10 pages. A short might take almost as long to develop as a feature. It probably won’t, but don’t assume it will be quick.

You might also assume that a short film script will not have the same depth or substance as a feature because it’s shorter, but that’s not the case. Sometimes you can squeeze more thought and emotion into a 10-minute short than you can into a 2-hour feature.

If you want to write an amazing short film script, approach the writing like it’s the most important thing you’ll ever write.

Write Your Short Film Script Like a Feature Screenplay

How is a short different than a feature? It’s not. You’re telling a story and the story delivers emotion. Do not get caught up in how short it is, or that your approach should be following a formula. Ignore the idea that it’s some other animal. It’s not. Tell a truthful story. Focus on being honest. See yourself in the story. Keep it personal. Be original, clear and authentic.

Same as a writing a feature-length movie.

The entire industry was created without any dialogue. None. Use pictures of people doing things to carry your story. It’s the most efficient and most powerful way to emotionally impact an audience through the story. And you don’t have a lot of time in a short to deliver emotion (why it’s harder not easier), so using pictures of human beings in action gives us the most information possible.

The visual action allows audience members to be active in the story. They have to think on what they see. Dialogue often spoonfeeds information and story and keeps the audience passive. Write your short with pictures and you’ll always be the better screenwriter for it.

Make Your Own Rules

There’s a reason why 48-hour film festivals work. There are boundaries. There are parameters for where your story can be placed. If you tell me I can write about anything, I might get lost, but if you give me rules on what I can write about, my creativity kicks in.

You might have heard some traditional rules in the past. A short film script should not run longer than 10 pages. Keep your locations in your script to a low number, preferably one. Never cast children or animals. Avoid special effects. Write locations you’re familiar with. Write a short in your apartment. Maybe your aunt owns a bakery or a hospital or a Porsche. Write your short within your own rules and you’ll make a script that will be easier to produce and finish. Most importantly, by setting limits, you’ll become creative.

Work on your short script longer than anyone you know. Don’t settle for something that gets mixed reactions from your fellow filmmakers. Have a table reading. Let people read it. Learn how to take feedback. Keep pressing yourself. Don’t think about how long it’s taking you to write a short. Endure the daily grind of unresolved problems in your script. Let everyone else finish before you. If you’re working on your script consistently, it doesn’t matter how long it takes, and it should not be fast. No one will ever care how many times you rewrote your script if they love it.

Patience and respect for your work is the best practice for making a fantastic short film. Learn how to master the short film script and you’ll be a better storyteller for the rest of your career. Everything you will ever need to know for writing for television or feature films walks through the keyhole of the brilliant short film.